« Back to all films

During World War II, a young German boy named Jojo has only his imaginary friend, Adolf Hitler, for company. Yet, when he finds that his single mother is hiding a young Jewish girl, it’s time to take a look at his own view of the world. Taika Waititi directs and stars in this satirical comedy starring Roman Griffin Davis, Scarlett Johansson, Thomasin McKenzie and Rebel Wilson. 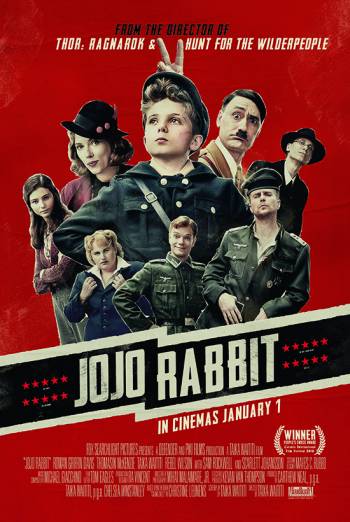